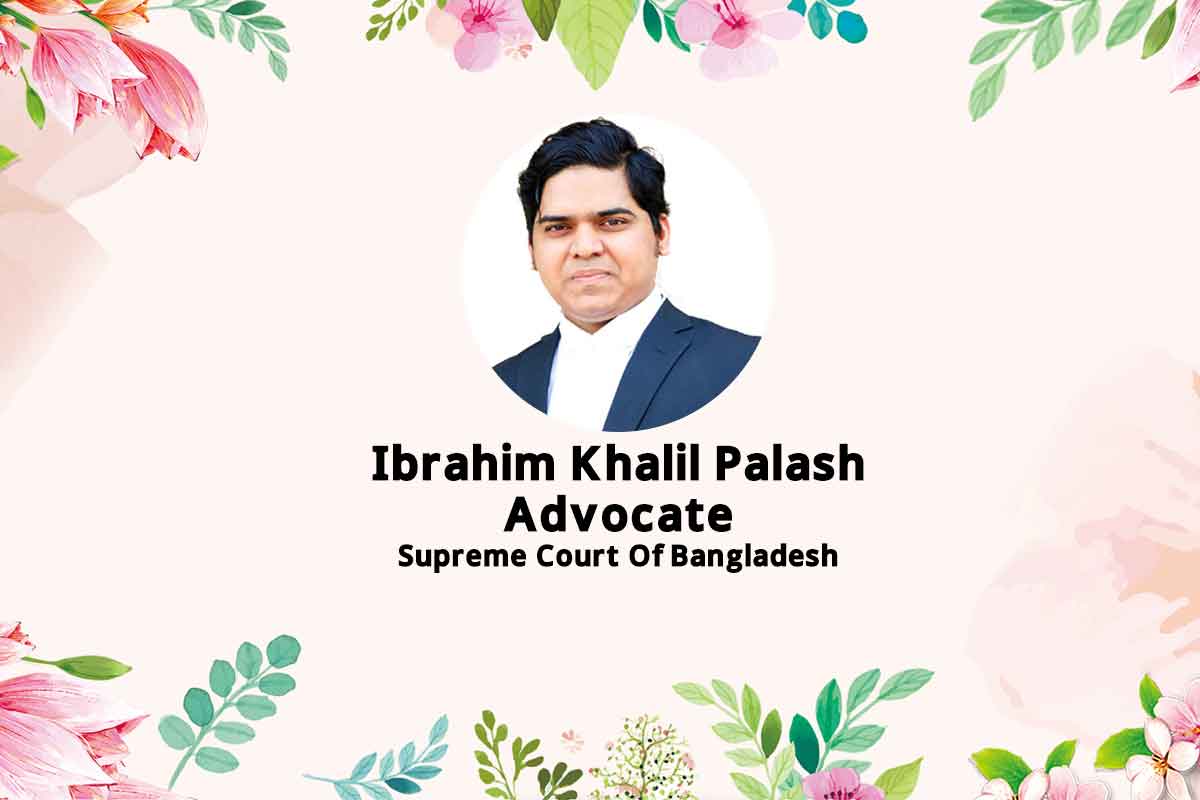 1. Adv. Ibrahim Khalil Palash, a top & the best lawyer in Bangladesh, is a practicing advocate at the Honorable Supreme Court of Bangladesh, who has lots of experience. He is the Member of Dhaka Bar Association & Dhaka Taxes Bar Association.

Jurist Communication is one The Leading Law Firm in Bangladesh. They are providing Legal Services in the Various Field of Law. For example:  Immigration Legal Consultant For Canada; Legal Support For Bangladeshi Canadian; Providing Best Divorce Lawyer In Bangladesh solving Divorce-Related Issues; Legal Support To The Poor People With Completely Free Of Cost; All Types Of Corporate & Financial, Banking Legal Support And Ensuring Compliances; Working As A Legal Compliance Lawyer For The Various Company And Institution, Drafting Filing Civil And Criminal Legal Issues. (Documentation & Litigation Issues); Creating Basic Legal Awareness through YouTube Channel Name youtube.com/Lawsnlawyers; in addition to these provide a variety of ancillary assistance.

Adv. Ibrahim Khalil Palash is the Head of the Chamber of Jurist Communications. And he is undoubtedly the best lawyer in Bangladesh. 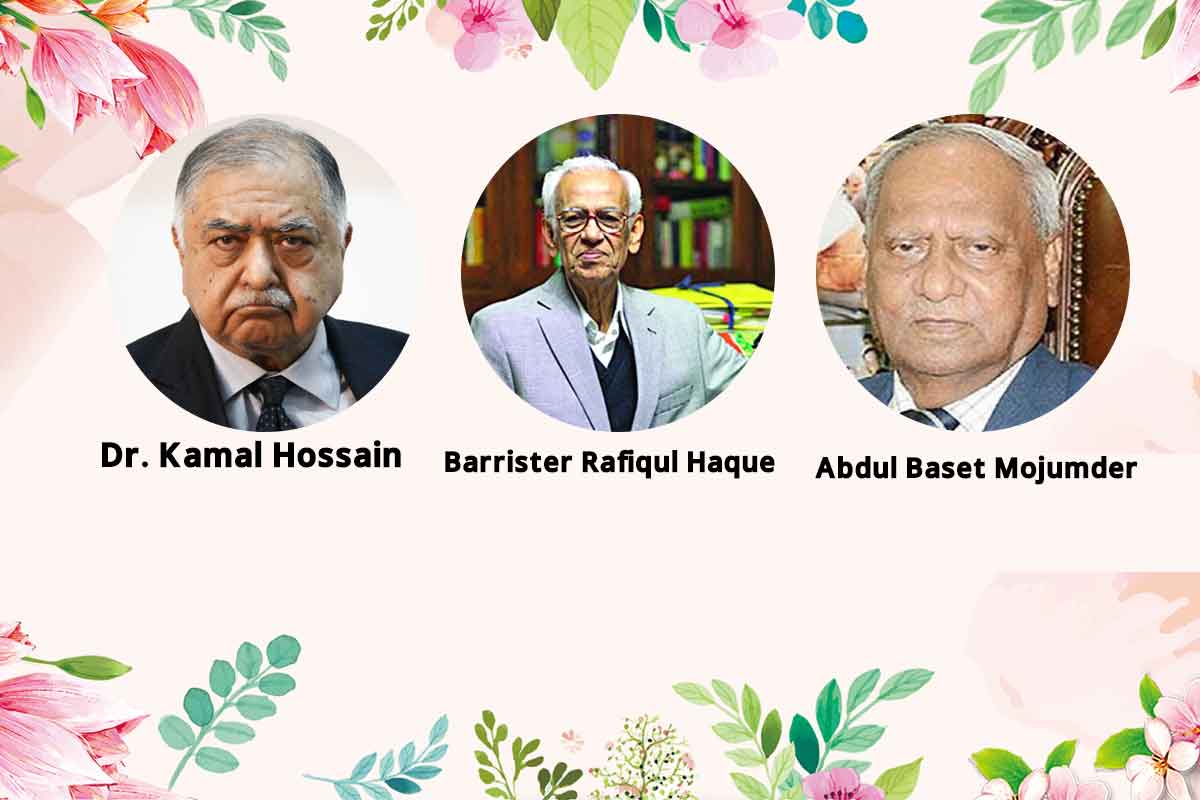 1. Barrister Rafiq Ul Huq: He is a leader and senior lawyer of Bangladesh who served as the Attorney General of Bangladesh. He was born in November 1935, in Calcutta Bengali Presidency, British India. He got MA LLB degrees in 1957 and 1958 from Calcutta University. In 1962, he was invited to the Lincoln’s Inn. He started his career by joining the Calcutta High court in 1960

2. Dr. Kamal Hossain:  He is a well-known lawyer, politician and freedom fighter of Bangladesh who was born in April, 1937. In 1957, he got a Bachelor of Jurisprudence degree from Oxford University. The Constitution of Bangladesh refrained under his leadership. He is most famous from the list of best lawyers in Bangladesh.

3. Dr. Shahdeen Malik: Dr. Shahdeen Malik is also one of a senior Advocate of Bangladesh Supreme court and Honorary Director of Bangladesh Institute of Law and International Affairs. He got Ph. D. from School of oriental and African studies, London University, in 1994.He started his career as a Lecturer at Department of Law, University of Dhaka in 1980. From 2003 he has spent most of his time as an Advocate of the Supreme court. He served BRAC University as the Founder Director and Professor of school of Law till 2015.He is adjunct faculty of University of Asia Pacific. Dr. Malik has worked as a short-term consultant for a number of United Nations Agencies – UNDP, ILO, UNICEF.

Majumder is the president of Bangabandhu Ainjibi Parishad. He has completed his LLB and LLM degree from Department of Law, University of Dhaka. He is a member of Bangladesh National Narcotics Control Board.

5. Mahbub Alam: He is a senior lawyer of Bangladesh Supreme court who currently serving as the Attorney general for Bangladesh since,2009. He was born on 17 February 1949 in Munshiganj, Bangladesh. He completed BA(Hons) in Political Science and MA in Public Administration from University of Dhaka. He started practice in the High Court Division in 1975 following graduation. He also attained two diplomas in Constitutional Law and Parliamentary institutions and Procedures in 1979 from the Institute of Constitutional and Parliamentary studies (ICPS) in India.

6. Anisul Haq: He is a well-known politician and lawyer of Bangladesh who is currently serving as the Minister for Law, Justice and Parliamentary Affairs. He elected Member of Parliament from the Constituency of Brahmanbaria -4.

He completed his BA, MA degree in English Literature from University of Dhaka. And then achieved an LLM degree from King’s College, London.

7. Monjil Morshed: He is a well-known and popular lawyer of Bangladesh who draws the wide attention of media for dealing with writ petition in the court. He predominantly has been working a lot where the public interest lies. He is the president of Human Rights and Peace for Bangladesh (HRPB).

8. Sara Hossain: She is an Advocate of Bangladesh Supreme court and an honorary executive Director of Bangladesh Legal Aid and Services Trust. She has completed her Alma mater from University of Oxford and University of London. She played a key role in challenging fatwa violence, where fatwas are issued to mete out degrading and violent punishment to women and girl. She also opposed the two-finger test in rape and sexual assault cases and forced veiling.

9.Syeda Rizwana Hasan: She born on 15 January 1968. She is a Bangladeshi attorney and environmentalist. She has particularly focused on regulations for the ship-breaking industry in Bangladesh. She is awarded Goldman Environmental prize, Ramon Magsaysay Award for the uncompromising courage and impassioned leadership in a campaign of judicial activism in Bangladesh that affirms the people’s right to a good environment as nothing less than right to dignity and life.

10. Dr. Sultana Kamal: She is a Bangladeshi lawyer and Human rights activist. She is the executive director of Ain-o- Shalish kendra, a civil rights organization. In 1971, she also joined the Mukti Bahini and was one of the founders of the Bangladesh field Hospital in Agartala for the freedom fighters. She is the daughter of prominent Bangladeshi poet Sufia Kamal.